Animal Jam is a mobile virtual world full of games for children. This game has community features and allows kids to not only play and create their pets but also engage with others and chat. Animal Jam was developed by WildWorks and first became available back in 2010. Since then, the application has been improved and extended to become even more engaging and fun.

You can install this app for kids for free on your iPhone or iPad, and you need iOS 10.0 or later to do this. Animal Jam is available in several languages, including English, Russian, French, German, and Spanish.

Animal Jam brings you into the fascinating world of Jamaa and allows you to customize a pet according to your preferences. The gameplay of this app includes several elements – you can personalize every aspect of your animal and shop for various accessories and clothes to use on your pet. Animal Jam provides players with a variety of fun mini-games during which you can win gems. Besides that, it’s possible to decorate your den and learn more about different animals with the help of videos.

Another great part of the game is its community. Children can talk to their friends using a chat and share their interests. Animal Jam is easy and has a simple user interface so kids can play without any issues. The app includes in-app purchases, such as a satchel of sapphires, and more. A separate paid subscription also brings more benefits, such as membership in the web game.

When it comes to the graphics, the game doesn’t disappoint. It is extremely cute, and children will quickly get attached to their favorite animals and characters. It is colorful and looks magical thanks to various environments and natural backgrounds. Another amazing thing about Animal Jam is its sound effects and soundtracks. They create a special atmosphere in the game and are quite memorable. It’s obvious that developers put a lot of effort into creating a cohesive game, and everything works well together.

Animal Jam is a truly immersive game for children. It allows them to learn more about various animals, express their creativity by decorating, and also communicate with other kids in a safe space. This app is easy-to-use, and you get access to the full range of features for free. Those who enjoy this game can invest in a subscription or get more gems as in-app purchases. You can download this game for your iPhone, and your children will surely appreciate it. 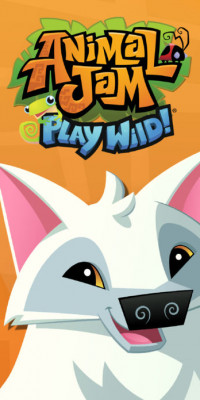 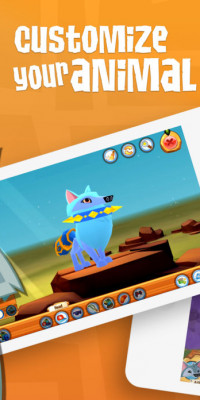 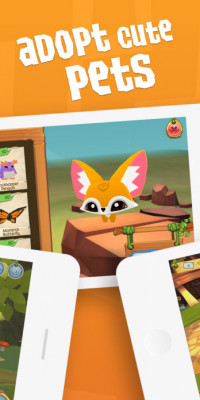 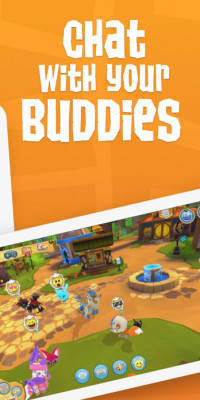