If you love playing games from the strategy genre, Clash of Clans will definitely take your enjoyment level to new heights. You will get a chance to raise and train a clan and attack others with the right strategic moves. This game is not just about being undefeated; it also takes a lot of patience as every fight lasts for only three minutes, and preparing your warriors for the next attack and repairing the damages take more time. This free-to-play game was developed and published by Supercell in August 2012. It is available on Android and iOS platforms in both single-player and multiplayer modes.

Like most of the strategy games, players will connect with others to build their clans. Once you have your own community of troops, they can be trained to do others in and take hold of others’ currency elixir and gold- that’s the aim of every clan to get as much gold to improve their defense system. Apart from gold, the main currency, players will also try to loot the magical potion/elixir. As they get hold of more potion, they can enhance their protection from attacks. It is also important for training purposes. Another premium currency of this game is gems. The game also offers a single-player campaign mode where players will attack Goblins’ fortified townships. The duration of these battles lasts for merely three minutes.

The graphics blow life to this game, gamers can keenly observe the amazing miniature visuals. The fortresses, trees, field guns, etc. are accurately designed. The cartoony graphics, flame glow, the levitating effect of the parachute and other special effects have made it so insanely successful. The art style appeals to any age. Players get to hear a pleasant-sounding track in the background. The music is complemented by other amazing sound effects like sounds of coin, shouts, laugh, fire attack and hammer beating a metal.

This game lets you build your own clan, train your warriors and attack the forts of other players. It’s a strategy game, so it is crucial to deploy your troops at the right time, using the elixir strategically, etc. With excellent graphics and amazing audio, it offers a unique, thrilling experience that will keep you on your toes. As with most of the strategy games of this genre, gamers get bored quite soon, but they will find this game addictive. One of the main reasons Clash of Clans has so much appeal is the result of the war that fascinates the players. The continuously peek at the game to check their forts and making sure it remains safe. 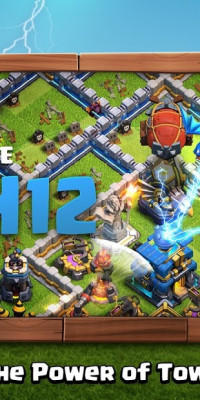 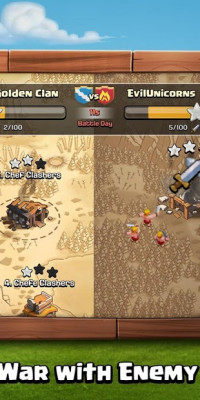 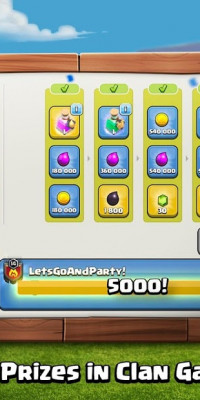 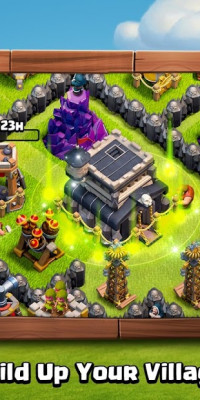